1567 Words on Interstellar and Dylan Thomas 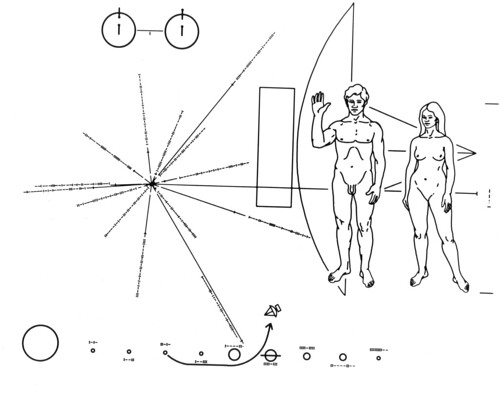 Revised December 5; in the first version, I confused the name of a character (calling Dr. Mann, Dr. Miller.)

Interstellar beats the drum of Dylan Thomas’s villanelle “Do Not Go Gentle Into that Good Night” pretty hard pretty hard—reciting it on multiple occasions (though never all the way through, if I recall correctly, and so never really enjoying its full villanelle-ness). Poetry in the movies often serves a chiefly hortatory, emotive function; it is discourse of moral and emotional seriousness. It is recited by serious people (from memory, of course), and it shows their seriousness. And here seems no different. It confers dignity and emotional seriousness on what would otherwise be the mere extinction of humanity.That summarizes, perhaps, my chief gripe about the movie; its bullying emotionalism. Its soundtrack, in particular, bullies you into feeling what it wants you to feel. As my much beloved Flophouse Podcast is fond of noting, is it really necessary to reinforce the stakes in this way? Is the drama of interstellar exploration so boring that only by augmenting it with heaping doses of Dylan Thomas, or a thudding score, will we realize its import?

In the dystopian future of Interstellar, nearly all crops are dying from an unexplained blight, and NASA Scientist Prof. Brand (Michael Caine) is leading a secret team to save humanity. He offers the poem as a sort of allegory for the necessity of humanity resisting its fate. It is the species that must not go gentle into that good night. And so the addressee of Dylan Thomas’s poem, which is offered from a child to a father, is reversed. Thomas writes, in the villanelle’s conclusion:

And you, my father, there on the sad height,
Curse, bless, me now with your fierce tears, I pray.
Do not go gentle into that good night.
Rage, rage against the dying of the light.

While the poem advises resistance from closure and finality, the formal demands of the villanelle, which brings together its rhyming refrains in its closing couplet, inexorably move toward them.Elizabeth Bishop’s perhaps superior villanelle “One Art” wonderfully expresses its emotion and irony by defying the meter of the villanelle in its final line.

Thomas’s poem of grieving stands in tension with its form. Its rage is, of necessity, purely affective—it has no real consequence; death is as sure as the rhyme which snaps together the poem’s close. But not so in the dystopian future of Interstellar where Thomas’s words become not the lament of a child to a parent, but the advice of a father to his children. The generational logic of the poem is turned on its head and the poem becomes not the cry of the grieving child at a death as inevitable as the end of day, but an expression of the parent’s anxiety that children (not even his children; but children) will simply wither out of existence. Thomas’s poem grieves the natural course of things; Prof. Brand’s reading repurposes it as a resistance to the potential extinction of that putatively natural course.

And yet, the poem’s place in the film is vexed. It is recited by the characters who (after a precisely timed revelation) are revealed as something like the film’s “villains”—characters whose lies reveal that the will to live and the refusal to acquiesce are not, in themselves, particularly good things; raging ain’t so great after all. It turns out that Brand’s Plan A—the mass migration of the human population to another planet once he cracks a pesky gravity equation (which, like any good academic, he promises requires just a little more research)—is a noble lie. On his deathbed he reveals that he already knew the equation would never work out. Plan A was a false promise fed to people who would be unwilling to hazard the risks of interstellar travel unless their own lives, or those of their family, were guaranteed. After all, no one would sacrifice themselves merely for Plan B, wherein the human species is preserved in a sort of dorm-fridge full of petri dishes (“genetic samples”), and shipped off-planet. A process which the younger Prof. Brand (daughter of Caine’s Prof. Brand, played by Anne Hatheway) assures us, would be totally effective and superior to earlier forms of colonization because it ensures genetic diversity.Um… imperialist biopolitics much, Professor Brand?).

The other person we hear recite Thomas’s poem is Dr. Mann (played by a hadsome, young up-and-comer),I’m pretty sure he recites it, but not entirely positive… I’ve only seen the film once. Boy, this is all gonna be really unconvincing if I misremembered this. who deceives our intrepid explorers with forged data suggesting that the planet he is exploring is a reasonable prospect for human colonization. Mann forges that data to justify his own worthiness to be retrieved from the planet. As Mann explains to Cooper (while he is killing him… he has really missed human conversation while in cryo-freeze), the will to live is simply too strong; Mann knows he’s a coward, but insists that Cooper has never had to face the sort of isolation and horror that he has. The will to live (that rage against the dying of light) is so strong in Mann that he’s willing lie, and to kill (both Cooper and Romilly) for it.

And so, the rage against death that Mann and Brand profess, by way of Thomas’s poem, is not a good in and of itself. Indeed, their recitations of the poem marks them as self-interested to the point of villainy. They quote the poem to buttress their rage against death itself—their own, individual death (in the case the more villainous Mann) or that of the species (in the case of Brand). But the film ultimately rejects this position—it is not life which needs to continue, (cue music and impassioned speech by Anne Hathaway) but love (and love of a very recognizable, reproductive sort). What old folks should do at the end of day, like the elderly Murph Cooper at film’s end, is not rage against the dying of the light, but quietly die in the peace and comfort of their children. Can one imagine a more forceful restoration of the conventional order of things than Murph quickly dispatching her father back to interstellar space in order to find a girlfriend? This is what T.J. West calls calls, fairly I think, the film’s “ruthlessly heterosexual love plot that could have come straight out of a screenwriter’s how to manual.”

And so, the film refuses the queer reproduction of Plan B (I leave aside any potential connection one may seen between the film’s Plan B, and the contraceptive of the same name), and delights in a reproductive futurity for which the reuniting of Anne Hathaway’s character with Matthew McConaughey’s is important and meaningful. Thomas’s poem comes to stand not as it might appear in the trailer, as some exhortation to intergalactic heroism in the face of global environmental catastrophe, but as the most explicit statement of the position to be resisted—one where the affective attachments of individuals (in Thomas’s poem, the speaker to his father) may be fundamentally at odds with the nature of the world in which we live (the necessity of death). Whatever the rage of Thomas’s poem accomplishes, it doesn’t set up colonies on distant planets.

Over and over characters in the film (Cooper chiefly) are told that they must realize their mission is bigger than their petty human attachments. Cooper must think beyond his children; “You can’t just think about your family,” Doyle says, “You have to think bigger than that.” And he is echoes by Brand: “You might have to decide between seeing your children again and the future of the human race.” Brand herself must defer to objective facts in choosing which planet to visit; the data, not her love for Dr. Doyle, must decide. But in the film all of this turns out to be untrue. John Brand’s insistence that “Nothing in our solar system can safe us,” is, at best, half true—it is the plucky Murph Cooper who saves the world from her childhood bedroom. “We must think not as individuals but as a species,” Prof Brand insists. Interstellar goes out of its way—with some pretty cringe-inducing moments—to create a universe where precisely the opposite is true, where the affective attachments of individuals are what save the species After all, if Cooper had listened to Brand (had listened to love) and gone to Doyle’s planet rather than Mann’s, all would be well now.

Interstellar tackles a posthumanity-shaped problem, but answers it with a humanity so cloying it is almost (almost!) indigestible. It turns out that the problems of three little people do amount to a hill of beans in this crazy world—indeed, they amount to the whole world.